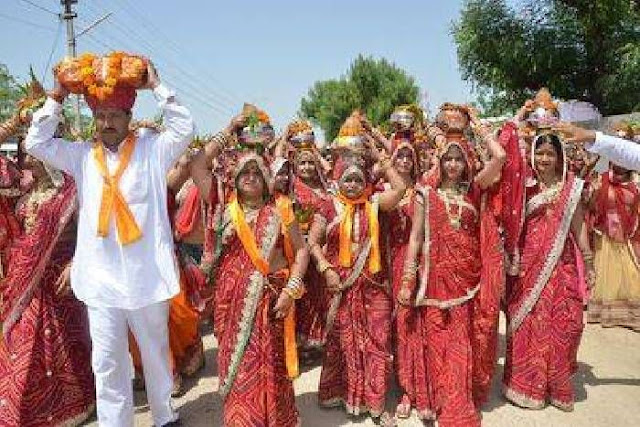 What more can be said about the greatness of hearing Bhagavān's pastimes? The Mahāpurāṇa, known as Śrīmad-Bhāgavatam, was manifested solely for this purpose, as explained earlier in verses such as these:


O Vyāsa, for the most part you have not described the pure fame of Bhagavān. I consider that knowledge to be incomplete which does not satisfy Bhagavān. (SB 1.5.8)
And:

O greatly blessed sage, your vision is flawless, your fame is pure; you are dedicated to truth and established in vows. Therefore, in order to liberate all living beings from bondage, you should meditate on the pastimes of Bhagavān in trance, and then describe those pastimes. (SB 1.5.13)

The pastimes of Bhagavān are of two types—those which relate to the activities of creation, and those that consist of pure pleasure, being the expressions of those avatāras who descend simply for the sake of play. Out of these two, the second type is superior, as Brahmā told Śrī Nārada:

O sage, scriptures primarily describe the līlāvatāras of the Supreme Person, which remove the defects of hearing mundane topics. I will describe these avatāras to you in order. Please drink the nectar of these beautiful topics. (SB 2.6.46)

Earlier in the same chapter, beginning with verse 2.6.42, Brahmā spoke about the original Supreme Bhagavān’s first avatāra, who initiates the creation, His energies, such as time; the by-products of creation, such as the mind; Bhagavān’s avatāras, such as Brahmā, who oversee the workings of the material guṇas: and beings empowered with specific potencies to assist in the unfolding of creation, such as Dakṣa. Through all of this, Brahmā related the pastimes of Bhagavān connected with creation. Yet in contrast to this, Brahmā declares to the sage Nārada in the verse quoted above that he will describe the līlāvatāras of the Supreme Person, which are the primary subject of scripture: which are directly perceived by him, being established in his heart: which drain all poison from the ear, thus destroying all interest in hearing other topics: and moreover, which are supremely captivating. Brahmā says, “Drink deeply the descriptions of these līlāvataras in the order I shall describe.”

Out of the two types of līlās of Bhagavān, that of a līlāvatāra is superior because it is more attractive to the mind. The reason for this is that these līlās depict the love and compassion of Bhagavān towards His devotees. The mind becomes more absorbed in hearing such narrations and thus one loses interest in hearing mundane topics, which are compared to poison. Brahmā is more eager to recite these pastimes because they have captivated his heart. These pastimes are pleasing to both the speaker and the audience. Śrī Śukadeva says that they purify the one who speaks them, the one who inquires about them and the one who listens to them (10.1.16).


Hearing the Pastimes of Līlāvatāras is Most Potent

Praise of Bhagavān’s pastimes can also be found in the prayers of the personified Vedas, as in this statement:


O Bhagavān, you manifest various forms in order to reveal the truth about Yourself, which is very difficult to fathom. Your stories are a great ocean of nectar, and those who dive into that ocean are relieved of all fatigue. Having abandoned their homes due to association with the swan-like devotees who relish Your lotus feet, they do not yearn even for liberation. (SB 10.87.21)

Therefore in the First Canto of Śrīmad-Bhāgavatam the adjective līlāvatārānurataḥ, “devoted to His own pastime avatāras,” was used to describe Bhagavān:


Bhagavān, the sustainer of all planets, accepting pastime avatāras among the gods, animals, and humans, maintains all living beings by the quality of goodness. (SB 1.2.33)

Praise of Bhagavān’s pastimes is also found in the Gītā:


O Arjuna, My birth and activities are divine. He who knows them in reality is not reborn after giving up the body, but comes to Me. (Gītā 4.9)

The pastimes of Bhagavān enable even the mortal body to conquer over death, by adopting the mood of the eternal associates of Bhagavān, as Śrī Maitreya said:

“By the sage" is a reference to Śrī Nārada.” From this it is understood that Nārada also narrated the stories of Bhagavān’s avatāras to Dhruva. Dhruva’s conquering over death in the same body and becoming an associate of Bhagavān is described in this verse:


Thereafter, being greeted by the dvijas, Dhruva circumambulated and worshiped the celestial airplane. He then assumed a golden form and prepared to ascend the plane. (SB 4.12.29)

There are two types of liberation: one is called jīvan-mukti, being liberated while living in the material body, and ātyantika-mukti, final liberation. First one attains jīvan-mukti by following suitable spiritual practice. Then after giving up the present material body one attains ātyantika-mukti. If one has attained perfection by following the path of bhakti then ātyantika mukti comes in the form of attaining a spiritual body. An example of this is Śrī Nārada (1.6.28-29).

The case of Dhruva is very special. When time came for him to die, he got a spiritual body without going through the experience of death. Śrī Jīva says that this is by the power of hearing the līlā of Bhagavān which he had heard from his guru Śrī Nārada. This is understood from the statement of Maitreya cited in this Anuccheda.

We have thus described the practice of hearing about the names, forms, virtues and pastimes of Bhagavān. Hearing about Bhagavān's associates is also included within this practice, as Śrī Vidura said:

@To repeatedly hear the good qualities of those who keep the lotus feet of Bhagavān Mukunda in their hearts, is the prime fruit of the extensive labor undertaken by human beings in the study of scriptures. This has been rightly esteemed by the wise. (SB 3.13.4) #

It is a fact that hearing about any one of these four—the names, forms, qualities or pastimes of Bhagavān—and in any given order, leads to perfection. Yet in order for purification of the heart to take place, it is necessary to begin with hearing the name. When the heart is thus purified, one can hear about Bhagavān’s form, and by so doing, the heart becomes fit for the revelation of Bhagavān's form. When Bhagavān’s form fully manifests, revelation of His qualities ensues. Thereafter, when Bhagavān’s name, form and qualities have fully manifested along with His associates, the pastimes of Bhagavān unfold properly. It is with this intention that hearing topics in a specific order was originally stated. The same conclusions also apply in regard to singing and remembering the names, forms, virtues, associates, and pastimes of Bhagavān.

An example of the first is found in Śrī Sūta’s statement in reference to Śrīmad-Bhāgavatam:


O Śaunaka, this Bhāgavata Purāṇa is equal to the Vedas, it contains the exploits of the glorious Bhagavān and is composed by the powerful sage Śrī Vyāsadeva. (SB 1.3.40)

In this verse the author’s name has been given simply to emphasize the glory of Śrīmad-Bhāgavatam.

Here it may be added that hearing about contemporary devotees is also equally purifying. Indeed, hearing about them may be even more inspiring than hearing about Bhagavān or His associates because a practitioner can relate and feel more close to them. The listener can understand the struggle undergone by such devotees and feel inspired by it.

He further recommends that one should hear from the mouth of a great devotee and narrations that have been composed by great devotees. In this regard he gives the example of the Bhāgavata Purāṇa itself, which was manifested by sage Vyāsa and recited by Śukadeva.

In the next Anuccheda he gives the example of the Bhāgavata Purāṇa as giver of supreme pleasure to the listener.

Anonymous said…
This blog is a great blessing, giving us this very opportunity to hear of Bhagavan from the lips (keyboard?!) of great devotees.
Friday, 25 October, 2019