Showing posts from February, 2018
Show all

Krishna’s move from Gokula was because of environmental degradation 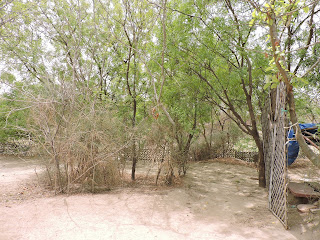 We often hear about how modern Vrindavan has been transformed from a bucolic forest village into a "concrete jungle." In 1829 the French traveler Victor Jacques Mant described Vrindavan in his diary,
Next to Benares, Vrindavan is the largest purely Hindu city that I have seen. I could not discover in it a single mosque. Its suburbs are thickly planted with fine trees, which appear from a distance like an island of verdure in the sandy plain.In the current situation of rapid urbanization and extreme environmental degradation, we are frequently reminded that Krishna stands for living in harmony with his environment and that he exulted in the beauty of this forested land. A closer look at the original texts makes this version a little more complex.

Everyone knows the canonical version of how Krishna was taken by Vasudeva across the Yamuna from Mathura to Gokul and exchanged there for Ekanamsha, the incarnation of Durga Devi. There he was to be kept safe from the vicious Kamsa a…
2 comments
Read more 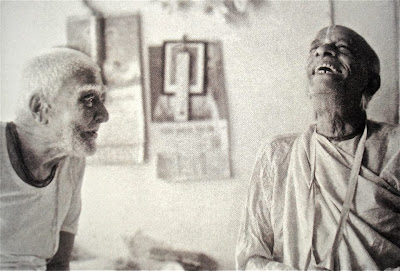 I am currently traveling in Bengal and spent a few days with Gadadhara Pran Das, and so I thought I would share a couple of chapters of his new book, “Another Side of Srila Bhaktivinoda Thakur" :

Naturally, there are some people who find it necessary to repeat what is the “official story” about Lalita Prasad Thakur, because of things that happened between Siddhanta Saraswati and his younger brother and their differences of opinion.

Obviously, when GP and I made the decision to “move on” from Iskcon, we did so in full knowledge of what to expect. That is why GP says, in effect, “OK, you guys, we know your side. Everybody knows your side by now. And bully for you. All glories to your service and your nishtha. But Bhaktivinoda Thakur was big enough to have more than one side.”

And I think that GP is quite clear when he quotes from Harinama-cintamani, that the bhajananandi side existed in Bhaktivinoda. 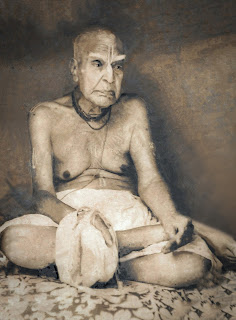 We continue with Gadadhar Pran Das's new book, the 20 chapters of which will be published here in instalments.

The first time I got Lalita Prasad Thakur's darshan it was unexpected, because I had made no plans to see him. That was back in 1974, when Srila Prabhupada was inaugurating his first Mayapur-Nabadwip Dham Parikrama in which I was taking part. During the festival, one day I had to go to Calcutta. On the train I met a Bengali gentleman who was himself just returning from Mayapur after visiting Srila Prabhupada. We started talking about many things, but when the train stopped at Birnagar he said to me, "Would you like to meet my Prabhupada?"

"Your Prabhupada?" I asked in surprise.

"He is Bhaktivinoda Thakur's son, Lalita Prasad Thakur," he replied.

The invitation aroused my curiosity so I decided to follow him. When we arrived at the ashram, …
11 comments
Read more

Another side of Thakur Bhaktivinoda 1 :: Guru Nishtha 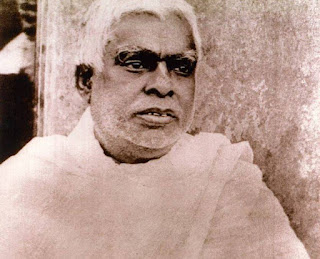 Another side of Thakur BhaktivinodaThis is an in-depth research study of Thakur Bhaktivinoda's authentic Guru-paramparā (with siddha-praṇāli and ekādaśa bhāva) which descends from Sri Jahnava Ishvari, who is Ananga Manjari in Vraja Lila, and from Srimati Vishnupriya Devi in Sri Gaurasundara's madhura Nabadwip Lila.
by the fallen sādhaka.


It is surprising that although Thakur Bhaktivinoda had a large family of 13 children, only two of them became exemplary Vaishnavas. The first was Bimala Prasad, who later became famous as Bhaktisiddhanta Saraswati. Born in 1874, he was Thakur Bhaktivinoda's sixth child. Then in 1880, the Thakur had another devoted son whom he named Lalita Prasad. As the bhakti in these two sons began to mature, their father encouraged them in two different ways: