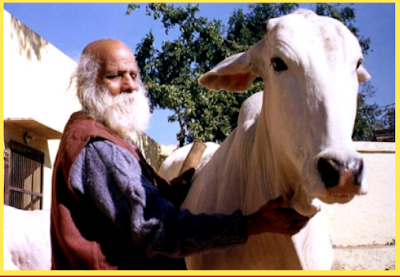 "Hear from Me how a person should worship Me with faith and devotion after first attaining the status of being twice-born, by following the scriptural injunctions appropriate for his or her own level of qualification. One endowed with devotion should worship Me in the form of the deity with the appropriate paraphernalia, in the land cleared for sacrifice, in the fire, in the sun, in water, in one’s own heart, or in the twice-born. And one should similarly worship Me as the guru without duplicity."

We have thus established bhakti in many different ways. It is referred to by names such as akiñcanā, free from all dependence, and ātyantikī, the ultimate, and it has two divisions: vaidhī and rāgānugā.

Vaidhī bhakti is impelled by the injunctions of scripture. Scriptural injunctions are also of two types: as a cause for engagement in an activity, and as a source of knowledge of what is to be done, which includes the order in which practices are to be done, and what is not to be done in the execution of an activity.

We have already given examples of the first type of injunction in verses such as this:


Therefore, with resolute attention one should continuously hear about, glorify, meditate on, and worship the Supreme Bhagavān Kṛṣṇa, the guardian of His devotees. (SB 1.2.14)


One who worships Me according to the injunctions already mentioned attains bhakti-yoga, and by performing bhakti-yoga without motive, one attains Me directly. (SB 11.27.53)

"Free from considerations" (nairapekṣyeṇa) [qualifying devotion] means without cause. And how will one attain this unmotivated devotion? This is stated in the second line of the verse: “By worshiping Me according to the injunctions already mentioned.”


Hear from Me how a person should worship Me with faith and devotion after first attaining the status of being twice-born, by following the scriptural injunctions appropriate for his or her own level of qualification. One endowed with devotion should worship Me in the form of the deity with the appropriate paraphernalia, in the land cleared for sacrifice, in the fire, in the sun, in water, in one’s own heart, or in the twice-born. And one should similarly worship Me as the guru without duplicity. (SB 11.27.8-9)

Depending upon what impels one to take to bhakti, it has the two divisions of vaidhī and rāgānugā. If one takes to bhakti because scriptures recommend it, and not that one has natural liking for it, then such bhakti is called vaidhī, literally “impelled by injunction.” But some people hear stories about Kṛṣṇa and become attracted to them; from this arises the desire in them to worship Kṛṣṇa. They take to bhakti not because śāstra or some other authority ordains them to do so, but because they like it. Later they may also find that it is also the injunction of śāstra.

A person reads in some magazine or book about the benefits of buttermilk and recommendations to drink it regularly. He becomes influenced by the article and begins drinking it daily. He is not drinking because he likes it although he may develop a taste for it gradually. Vaidhī bhakti is similarly inspired by śāstra, as in the verse cited here (1.2.14).

There is another man who likes the taste of buttermilk. He too drinks it daily but not because he wants the benefits described. He just likes it. He may not even know about the benefits and only discover them at some later date. Rāgānugā bhakti is inspired similarly by one’s natural liking for it.

The injunctions in scripture are of two types. The first are those that prompt one to take to bhakti. The second are those that give rules and regulations about the execution of bhakti.

Jīva Gosvami has been building up gradually to show us the greatness of bhakti. It is as if bhakti is a shiny diamond but is lying covered with mud, unpolished in the pile of other stones that seem more colorful and attractive. In this anuccheda he says that bhakti is the most natural thing for us to engage in. Why is that? Because we are all looking for peace and happiness unmixed with any suffering. This is our basic and prime desire. At this level we are all equal and can drop all our differences. At any other level we have differences and we would compete for our desires. Bhakti, by its very nature, is bliss and awareness. It gives bliss that has no comparison to any experience of happiness we have had. Therefore, engaging in bhakti is the most natural thing for a living being. No injunction is needed for it. When a person is dying with hunger he does not need an order to eat. He will eat willingly and happily with great enthusiasm and feel great bliss. If we try to stop him he will fight for the food.

If such is the case, then why doesn't everyone take to bhakti? Why does śāstra need to prescribe bhakti? We are all suffering in different ways, all of us are starving for peace and happiness. We should naturally become absorbed in bhakti, whose very nature is peace and supreme bliss, as Kṛṣṇa tells Uddhava (11.19.36), "peace is intelligence absorbed in Me.” If the mind is absorbed in Kṛṣṇa it cannot be disturbed because it is not available for disturbance. It becomes absorbed in Kṛṣṇa because it is attracted to beauty and pleasure. Kṛṣṇa is beauty and bliss personified. Therefore, bhakti is concomitant with peace and happiness.

The reason people still do not take to bhakti is that they are sick. If a person is sick with jaundice or heavy fever, then he has no desire to eat even though food is needed by the body. In the same way, because of the ignorance that bewilders our intelligence and offenses that make us immune to the experience of bhakti's blissful nature, people are not attracted to it. Thus śāstra mercifully gives us injunctions to take to bhakti just as a physician instructs a sick person to take a wholesome diet. However, bhakti taken up on the basis of shastric injunction, called vaidhī, is not done with the same enthusiasm and absorption as when one does it naturally, rāgānugā. A sick person does not eat with the same gusto and absorption as a hungry man.

Therefore, Jīva Gosvāmī says that in comparison to taking up bhakti naturally, engagement on the basis of shastric injunction is defective. Defective here means that such practice of bhakti is very weak. The divisions of virtue and vice are different in relation to bhakti than in the field of karma. Devotees are beyond the purview of virtue and vice related to karma. This is because devotees do not have qualities arising from material nature consisting of sattva, rajas and tamas. Their qualities manifest from bhakti and are beyond guṇas of nature although they may appear material.