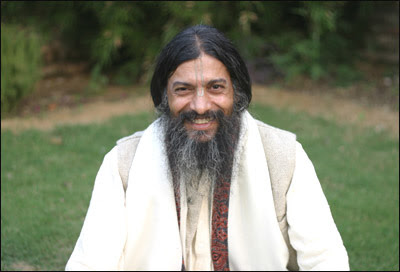 Satyanarayana Dasaji left for Faridabad today and will leave for Europe tomorrow. Since being in Vrindavan I have not been at particulary high energy levels. It is quite a bit hotter here than in Rishikesh.

Still, I managed to go through the first 25 anucchedas of Bhagavat-sandarbha, so that completes the second reading. We will need to do one more when the book is finished. Still, there is a long way to go. SN assures me that the first few sections are the most difficult in terms of language, but at the same time warns me that the Paramatma-sandarbha keeps the same level of difficulty throughout. He says that is the most difficult of the six books.

Satyanarayana Dasa came to India and lived in Vrindavan Iskcon starting from 1986. He started studying Sanskrit right away from a pandit. After a little while he went to Haridas Shastri, who had already more or less stopped teaching, but managed to persuade him to teach him the Sandarbhas. SN left Iskcon in 1993 after the imbroglio about the leaves falling from the trees. He told me before that he felt the whole argument was embittered because other scholars in Iskcon felt him to be moving up too quickly.

But he has never stopped studying. I was surprised to see him going off for a class with his pandit, with whom he is going through the Yoga-sutras. This shows why he is such a learned person, much like his guru in fact. Very methodical and very determined. Unlike myself, unfortunately. Even this morning, before leaving, he went off on the back of a motorcycle to get one last class in.

SN is normally quite reserved in character and not one to waste words. Nevertheless, I found that this time he was quite warm towards me and it seems our relationship is slowly sweetening. At any rate, when it comes to the Sandarbhas, I am in the position of a student.

One funny note. Ras Bihari Lal has gotten hold of all of Kushakratha's translations and is publishing them in nicely done, revised editions. While we were talking yesterday, SN told me that when someone gave him one of KK's translations of Bhagavat-sandarbha, he opened the book to a page where the concepts of direct, secondary and implied meanings were being discussed. The famous example given there is gaṅgāyāṁ ghoṣaḥ, which basically anyone who has been around Sanskrit philosophy for a while has heard of. The meaning is that when you say, "The cowherd village in the Ganges," it is easily understood that the intention is "The cowherd village on the banks of the Ganges." However, the word ghoṣa has another meaning, "sound" or "announcement." KK had translated ghoṣaḥ as "the sound in the Ganga"! He said, "Take this book away. I don't even want it to occupy any space on my bookshelf!"

So good luck to anyone who hopes to get anywhere with his translations of the Sandarbhas!

The first draft of Bhagavat-sandarbha was done when SN was still in Iskcon. One of the things we have been doing is replacing all the usages of Mayavadi, impersonalists, etc., with Advaita-vadin, followers of Shankara, monists, etc., and other less aggressive terminology.

So today is Ekadasi. Have a good one, friends. Radhe Radhe!

Vraja said…
There is a version of Bhagavat Sandarbha which is widely available for free on the internet, I thought it was from Kusakratha, but checking the section Satya Narayana mentions where he says Kusakratha mistranslates ""The cowherd village on the banks of the Ganges" for "the sound in the Ganga" I find this not to be the case, here is that section

So either Satya Narayana is wrong or the free version of Bhagavat Sandarbha widely available on the interent is not the work of Kusakratha. Can you check it out?

Jagadananda Das said…
Yes, I checked this out. Sorry for the long delay. The edition available on the internet and published serially on the Sampradaya Sun is the original draft of SN's work.
Wednesday, 22 April, 2009